The way to prevent degenerative changes and pain in you spine is to get education and information regarding its proper posture and movement patterns during lifting and carrying of heavy objects, getting up from bed or lying down, sleeping, sitting or getting up from a sitting position, etc). Taking on a program to strenghten your back muscles and proper posture development, choosing a quality chair and footwear if you work in a place that demands long periods of sitting or standing, regular and correct physical activity that takes into account your specific work and life conditions.

Videoreha offers a quality, mulitidimensional approach to solving back pain and problems in different segments of the spine. Stretching, strenghtening, posture and balance exercises are an integral part of every program we offer and as such they serve as a complete and longterm solution to your back pain problems. 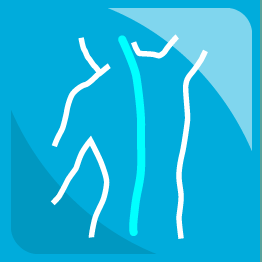